Today I visited the Mahabodhi Temple (the great awakening temple) in Bodh Gaya. I found a local guide inside the complex who agreed to walk me around and tell me all about the creation and history of the temple, as well as Gautama Buddha’s life story. He was very knowledgeable, and I got to know him quite well as we walked the complex. Afterwards he took me for a chai tea and gave me a gift of a preserved leaf from the Bodhi tree. It had just rained, so the temple was not nearly as busy as it would have been. Everything was decorated in colorful flowers and the grass and greenery was lush. Many pilgrims and monks were performing prayers an absolutions. There are many single temples inside the large complex, as well as the important 7 stations where important things happened to Buddha before and after he was enlightened. Some of the original temple still remains, dating back to the period of Ashoka (died c.232 BCE). It was destroyed once and rebuilt, then buried completely in mud and overgrown with brush before it was excavated. The site contains a descendant of the Bodhi Tree  under which Buddha gained enlightenment, and has been a major pilgrimage destination for Buddhists for well over two thousand years. What is now visible on the ground essentially dates from the 7th century CE, or perhaps somewhat earlier, as well as several major restorations since the 19th century. But the structure now may well incorporate large parts of earlier work, possibly from the 2nd or 3rd century CE. I bought three small pieces of gold leaf and pressed them on the wall that surrounds the platform where Buddha attained enlightenment. It was a moment I never dreamt I would have, and one I will never forget. 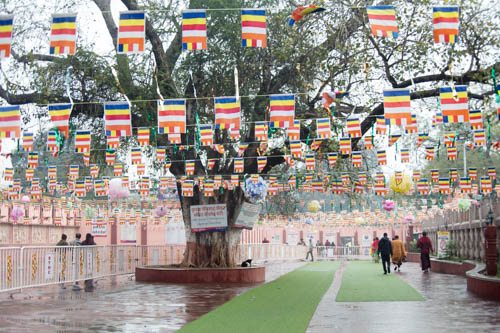 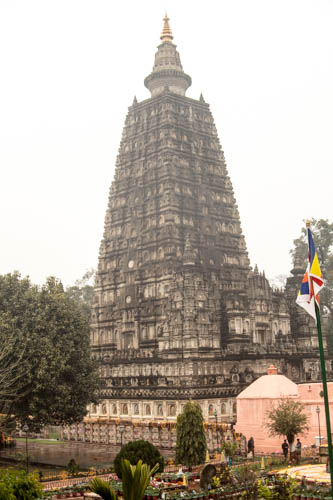 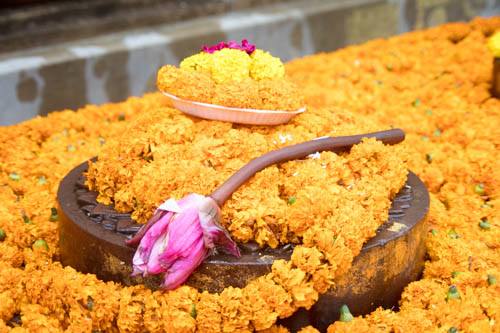 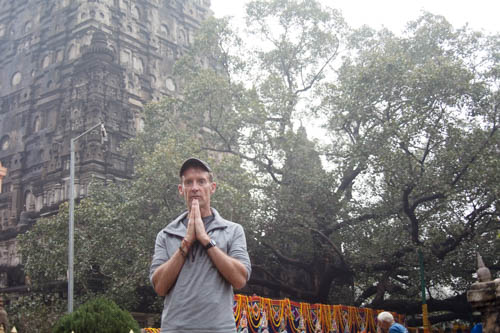 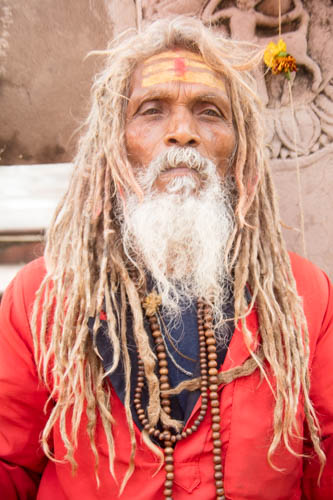 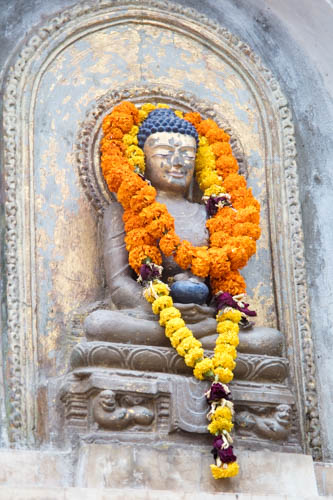