Wow. Where to start. I arrived at the base camp near the tent city in Prayagraj, (Allahabad) India. I was taken to my tent and then had a delicious vegetarian dinner. The camp was very comfortable and well equipped. There were various choices for tents ranging from dormitory style for multiple persons, to double or singles to super deluxe singles with private shower and bathroom. The bathrooms were in the back of the tents, accessible by a tent wall with a Zipper door. The commode was a western style toilet. The shower had hot and cold water with a shower handle or if you wanted to bathe Indian style there was a bucket and water. Every am the camp would fire up these huge water heaters in the very early hours and heat the water with giant wooden logs that were placed underneath. The hot water was available to the residents from about 7:30-10:00 every day. The dining hall served three meals per day at various times. They also offered “room” service brought directly to your tent in between meals. I am not sure how many residents the camp held, but most of the tents appeared full. The tent also had Wifi! There were many people from various countries and Indians as well. I befriended one man who was born in Kerala but now lived in Mumbai. He ended up to be a godsend as he was fluent in Hindi and English and was with me for the entire Kumbh tent city tour.

We left our camp at 8 pm and hiked into the Kumbh tent camp, where all the Sadhu’s had their various tents. We were fortunate to meet a guide at our camp who arranged for us to stay at one of the Baba’s tents in the Juna Akhara Sadhu tents all night until 4:00 am, when the royal bathing was to take place. As we made our way to the tent city we witnessed masses of people pouring into the camp to bathe after the Sadhus took their baths. People were walking along the roadside from remote villages, with bed rolls on top their heads or across their shoulders. Many would spend the night outside sleeping on blankets, huddled together in large clumps to keep warm. I am not sure of the temperature, but it was brisk. We were originally told that there would be 40 million bathers on the Royal bath day, but it turned out that there were well over 50 million who attended.  We walked over a large bridge that was formed by metal planks set over large plastic floating barriers underneath. There were 22 separate bridges leading into the camp, and all were packed with people streaming in on foot. Imagine an Iowa Homecoming crowd on the Burlington Street bridge, and then multiply that by millions! That was what this crowd was like.

The camp itself was organized with large wide streets. Along these wide streets were large colorful tents that held everything from vendors selling goods to areas of worships, to banks, ATMs and stores. I counted three giant ferris wheels that were lite with lights. Live performances of music or lectures happened daily in some tents. There were people doing magic tricks with snakes to balloon vendors. It was really like a very large carnival. There were camps on both sides of the Ganga river. I believe the area was about 40 kilometers in distance. The Sadhus had a separate area for their tents. They were organized by the individual sects. Before the bathing we could walk among the various Sadhu tents and meet the Sadhu’s themselves. They were seated on the ground on large blankets. If you wanted to meet one and be blessed by them, you first needed to remove your shoes. Then you would kneel down and touch their feet, and offer some rupees. The Sadhu would say a prayer and place ash on your forehead. All were fine with photographs. Many of these Sadhus lived in very remote places, far up on mountains, in caves or deep in the forests. This festival was the only time they came out into public. The Kumbh functioned as sort of a family reunion for them, and also as a means to recruit new initiates and answer questions of the general public.

After we walked among the various tents, we went back to the Juna Akhara tent with the specific Baba who had agreed to host us for the evening. We all were seated around the Baba. In front of him was a large log burning. It was lite on the first day of the Kumbh Mela and would burn until the 55th day. Occasionally the Baba would stoke the fire with a large sword he kept plunged in the ground in front of him. It soon became apparent that this would be a large hashish party that would last all night. The Baba started the festivities by asking us all were were from. He spoke no English so talked through another devotee who spoke English. When I told him I was from America, he had his interpreter ask me why we liked bombs so much and what the purpose of the bombs were. I felt somewhat embarrassed but not surprised that this was his impression of America. I answered that I really had no idea regarding the bombs. I was at a loss, really of how to respond. The rest of the night consisted of hashish being passed around, all night. In between smoking, the others in the tents would ask the Baba questions and chat with him. My friend from Mumbai would interpret for me. It turned out that they all got so stoned that the conversation was nothing but babble. I was told it was all gibberish and nothing whatsoever of relevance. Eventually our tour guide passed out on the ground, and the Baba laid down and went to sleep. At a loss of what to do until 4 am, i decided to practice my Vipassana so I just meditated.

Finally we started to hear drums and singing. We went outside our tent and witnessed something like I have never seen. One by one the various Akaras marched down the street. All had many disciples with them. The head Baba’s rode on large floats decorated with lots of colorful tinsel and other decorations. There was lots of dancing and singing and chanting as they marched and jumped and danced and ran down the street. Many of these were initiates who would be inducted this night into the various Akharas. The inductees were naked except for small loincloths that they would be required to wear for 10-12 years before becoming full fledged Sadhus. They would then be able to wear clothes (usually orange clothes of various style.) We followed after the various groups of Akharas had marched, then we made our way to the river. It was a very long journey getting to the river’s edge. The bridges were packed, and only the Akharas could cross, then the public. We managed to get close to a traveling Akhara and snuck our way across the bridge. Even at that, we stood on the bridge waiting to cross for a good 45-60 minutes.

When we got across, we made our way to the river’s edge. There was a changing area with hay laid down on the ground. It was so hot and humid that the straw gave off a very heavy moist odor. It was pure mayhem. The area was packed with people disrobing and making their way to the river’s edge. I decided to bathe the following day. (I took a boat to the sangam and dipped there: more on the next blog.) After the changing area we fought our way to the river’s edge. Now, pure mayhem broke out. Even the uniformed police officers were being pushed and pulled. We found ourselves  in the middle of a packed, out of control mob. Everyone was pushing and pulling and struggling to get to the water, and then back out. For a moment I was very scared, as I looked around and didn’t see anyway out. This was what I had read and been warned about. And this year. they had 10 million more people on just day than they had anticipated: over 50 million pilgrims were trying to bathe today, on this holy bath day. Eventually we did make it back past the clothing area, and after two more long bridge journeys and a long walk back to our camp, we made it home.

I fell asleep at noon and didn’t get up until 7:00 am the following day. It was worth every glorious minute, and I wouldn’t have missed it for anything. I had to keep reminding myself that it was really happening, and that I was witnessing an unbelievable crowd of worshippers. The patience and devotion was unlike anything I had ever seen before. There were still hoards of people waiting to get to the beach all the way back to our camp. I was in awe of it all, and very moved. 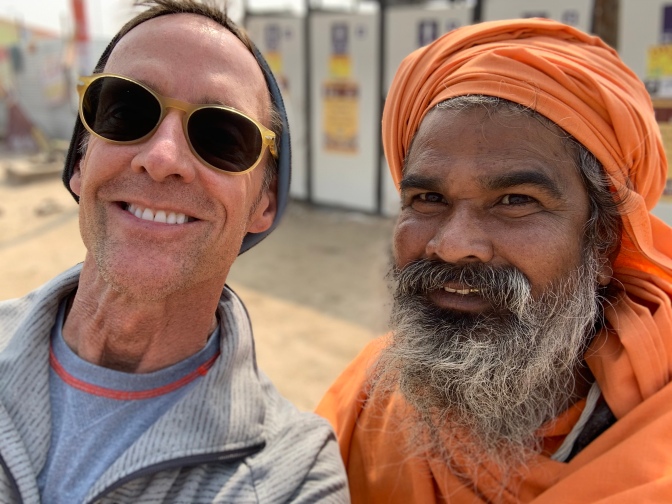 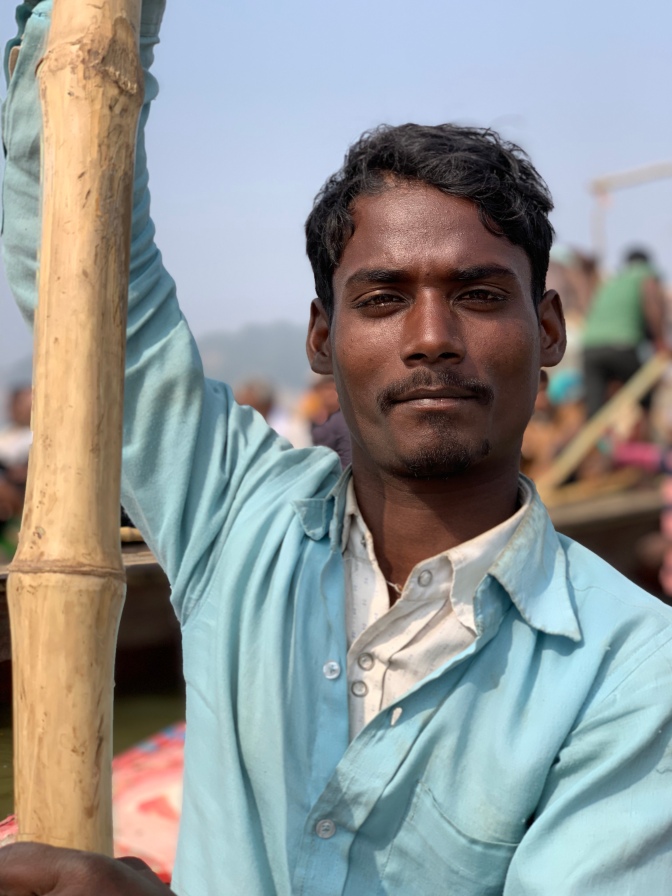 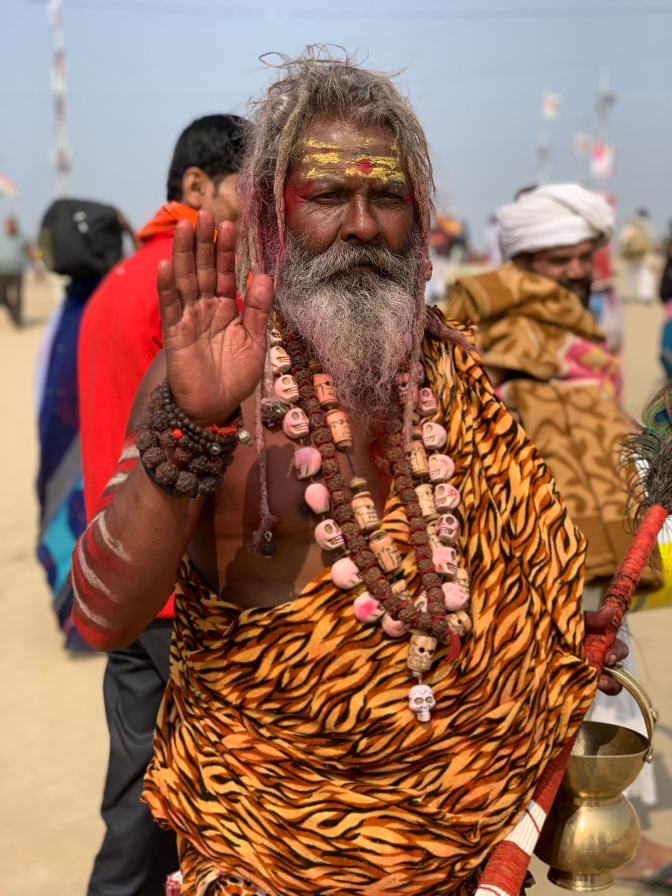 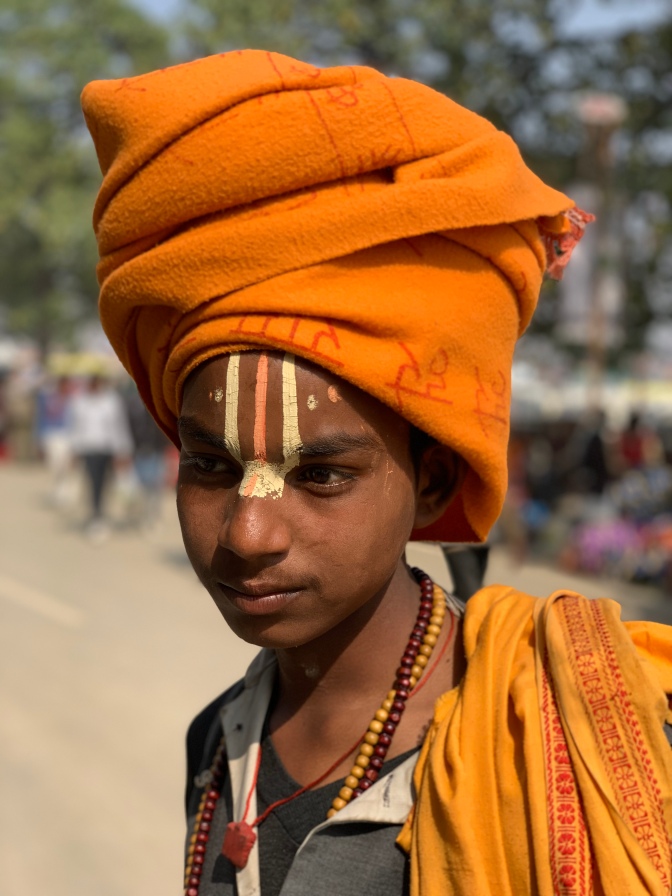 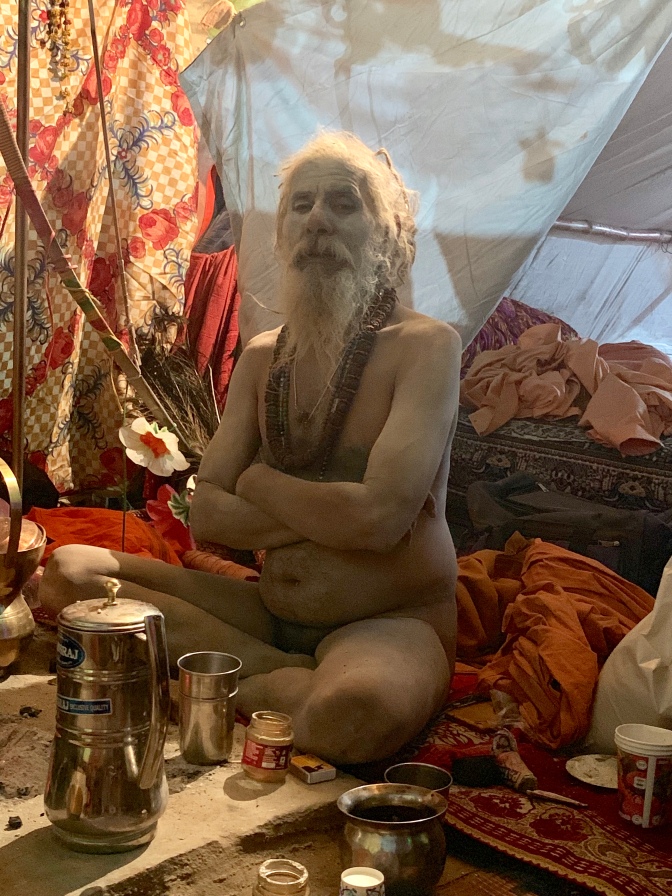 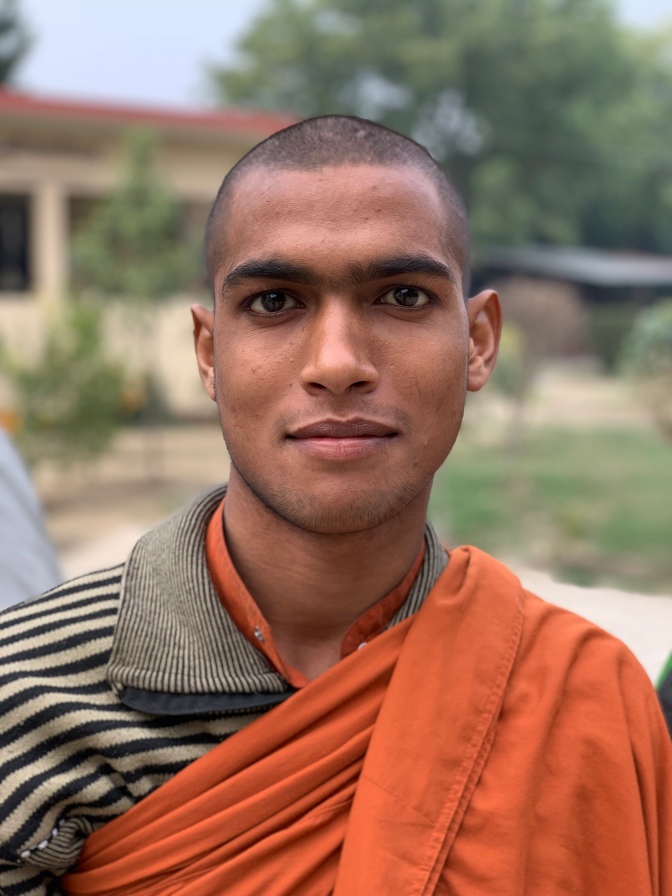