Today I was picked up at my hotel for a day of sightseeing. We started our tour in Dharamkot. On the crest of a hill above McLeodGanj, Dharamkot is a spot with wide views of the Kangra Valley and the Dhauladhar mountain ranges. I got up early today and went out as soon as the sun started peeking up. In the early morning you can see the tips of the mountains before the clouds descend later in the day.  Dharamkot also has the Vipassana meditation centre, Dhamma Shikara, as well as the Tushita Meditation Centre, which is a centre for the study and practice of Buddhism in the Tibetan Mahayana tradition. I attended a 10 day course at Tushita last year. I plan to do my second Vipassana course at Dhamma Shikara in the near future.

Next up was Dharamsala. Dharamsala literally means “a spiritual dwelling” and in loose translation as a shelter or rest house for pilgrims and travellers. Traditionally, such dharamshalas (pilgrims’ rest houses) were commonly constructed near pilgrimage destinations (often in remote areas) to give visitors a place to sleep for the night. When the first permanent settlement was created in the place now called Dharamshala, there was one such pilgrims’ rest house on the site, and the settlement took its name from that dharamshala.

After the arrival of the British, the area was developed into a cantonment. At one point, it was mooted to be the summer capital of India. But this was not to be, as much of the town was destroyed in the 7.8 magnitude earthquake of 4th April 1905. The disaster killed over 10,000 people in this sparsely populated area.

Dharamsala came on the world map in 1959 with the arrival of the Dalai Lama and the Tibetan Government in Exile. I was lucky enough to meet HH the Dalai Lama when I was here last year. His residence and temple is actually in McLeodGanj, which is a town located just above Dharamsala. I visited the Tibetan Museum in McLeodGanj this trip. It is a very sobering experience to say the least. At one point I had to fight back tears as i looked at the photographs and read the testimony of some of those who made the flight out of Tibet with HH the Dalai Lama to seek refuge in Dharamsala. Today there are many Tibetans who call Dharamsala home.

We then stopped at St. John’s in the Wilderness Church. The church is dedicated to John the Baptist and was  built in 1852. It is located near Dharamsala on the way to McLeodGanj,  at Forsyth Gunj. The church is known for its Belgian stained-glass windows donated by Lady Elgin (Mary Louisa Lambton) , wife of Lord Elgin.

Though the church structure survived the 1905 Kangra earthquake, which killed close to 19,800 people, injured thousands in the Kangra area, and destroyed most buildings in Kangra, McLeodGanj and Dharamshala; its spire, Bell tower, was however destroyed. Later, a new bell, cast in 1915 by Mears and Stainbank, was brought from England and installed outside in the compound of the church. (The town of McLeod Ganj was named after Sir Donald Friell McLeod, a Lieutenant Governor of Punjab; the suffix ganj is a common Hindi word for “neighbourhood”. Lieutenant McLeod is buried in the cemetery at St. John’s.)

A stop at the Norbulingka Institute was our next stop. The Norbulingka Institute was founded in 1995 by Kelsang and Kim Yeshi at Sidhpur, near Dharamsala. Norbulingka is dedicated to handing down tradition and restoring standards by providing training, education and employment for Tibetans. It supports an environment in which Tibetan community and family values can flourish. It reconciles the traditional creatively and respectfully with the modern, and seeks to create an international awareness of Tibetan values and their expression in art and literature. Norbulingka produces high quality, traditionally crafted art objects, as well as clothing and home furnishings. The institute also runs two guesthouses—Norling Guesthouse and Chonor House. I stayed at both of these last year before and after I attended Tushita Meditation Centre. All proceeds from all Norbulingka’s projects go directly back into the institute to further our endeavors to preserve Tibetan culture.

Our last stop was the Gyuto Karmapa Temple/Monastery. The Gyuto Monastery is one of the most famous monasteries and specializes in the study of Tantric meditation, Tantric ritual arts and Buddhist philosophy. It was founded in Tibet in 1474 by the main disciple of the first Dalai Lama, Jetsun Kunga Dhondup. After the communist Chinese invasion of Tibet in 1959, the monastery was re-established in India.

It is also the residence of Karmapa, the Head of the Kagyu Tibetan Buddhism. Karmapa means the one who carries out buddha-activity or the embodiment of all the activities of the Buddha. Also called TCV School, the main chamber of the monastery has a majestic statue of the Buddha and with the backdrop of the snow-clad Dhauladhar Mountains. Karmapa Ogyen Trinley Dorje houses nearly 200 monks who practice the major Tantric texts including Guhyasamaja, Chakrasamvara and Yamantaka. They have passed these lineages to the younger generation of monks for more than 500 years. Currently the Karmapa is living in the U.S. much to the dislike of India. The Government provided the opulent temple and buildings as home of the Karmapa and is trying to get him to come back and live here.

After our tour I was dropped off in Dharamsala, where I walked around and took photos of the town and sites. I took a taxi back to the hotel and had a delicious cup of chai, and later an Indian dinner 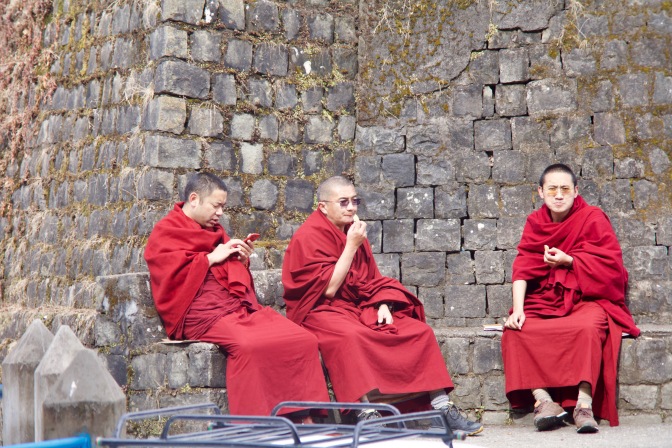 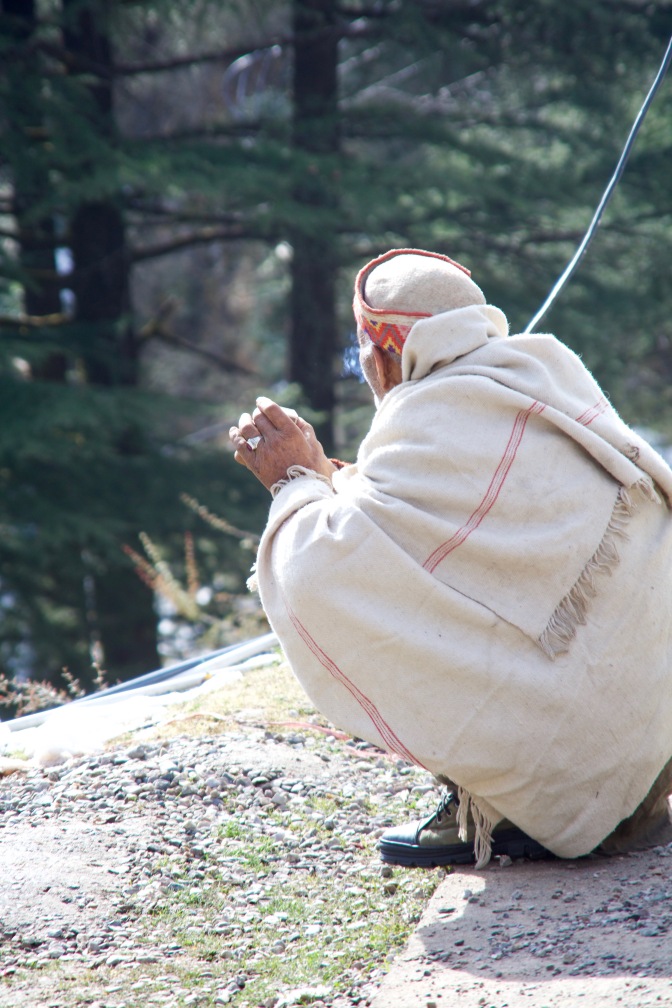